On 21st April 1953 Vampire FB.5 WA230 of 229 OCU crashed in the Bristol Channel off Lynton. The pilot carried out three normal attacks on the target during cine air-to-air firing. On the fourth attack the pilot made a steep turn onto the target stalling the a/c while increasing the rate of turn and dived into the sea.

On 21st April 2000 AS.355F2 G-SAEW of Veritair/SEWPASU suffered mechanical failure while hovering and crashlanded on the roof of a house at 9, Coryton Drive, Cardiff. http://www.aaib.gov.uk/sites/aaib/cms_resources/dft_avsafety_pdf_500932.pdf 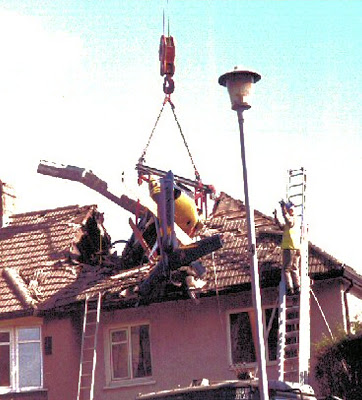 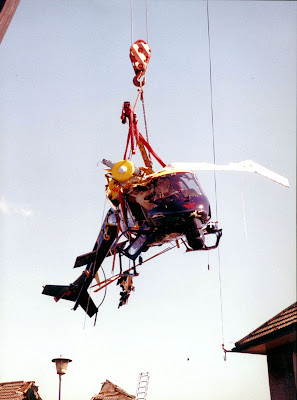