On 29th October 1948 Spitfire LF.16 SL579 of 203 AFS struck SL670 during a formation change whilst battle formation training and crashed in the Bristol Channel. SL670 made a wheels-up landing in North Devon.
Posted by AndyD at 12:03 AM No comments:

On 27th October 1953 Vampire FB.5 VV618 of 208 AFS crashed at Rhymney. The aircraft emerged from cloud and the port drop tank was seen to fall off. After descending and steeply climbing in and out of cloud it finally struck the ground in a shallow dive. 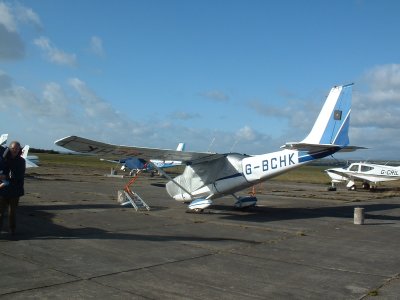 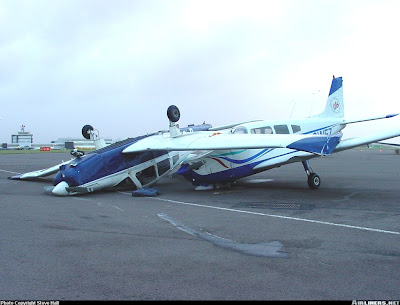 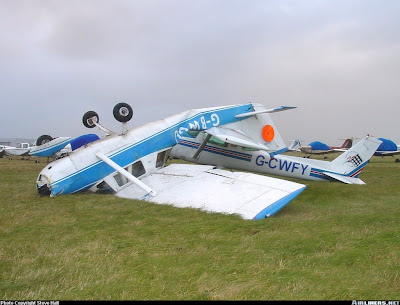 On 25th October 1941 Defiant I T3985 of 125 Sqn hit a balloon cable after take off on a night patrol from Fairwood Common. Abandoned and crashed at Skewen.

On 25th October 1941 Hurricane IIB Z3466 of 79 Sqn had an engine cut on overshoot resulting in a crash landing at Fairwood Common.
Posted by AndyD at 12:03 AM No comments: On 21st October 1941 Defiant I T4104 of 125 Sqn hit a Chance Light in turn on approach to flare path at night and crashed at Fairwood Common.

On 21st October 1954 Javelin Mk.1 XA546 of Gloster Aircraft crashed in the Severn Estuary during spinning tests.
Posted by AndyD at 12:03 AM No comments: